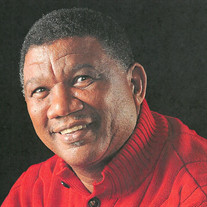 William Duane Evans Sr., son of the late Wilson Mosley Sr. and the late Clara Lester Evans, was born on September 2, 1955 in Harrisburg, Pennsylvania. William, lovingly known as “Duane,” unexpectedly transitioned into eternal life at the age of sixty-three on Sunday, June 30, 2019. William was raised, along with his brothers and sisters, in Steelton, Pennsylvania, where he was educated in the Steelton-Highspire School System. Throughout his life, William exuded extraordinary intelligence and excelled in school. He later graduated on the Dean’s List from Harrisburg Area Community College in Accounting. He went on to use his accounting skills to help others with tax preparation and advice. Along with his education, William was briefly a member of the United States Marine Corp. William most notably worked at Sutliff Chevrolet selling cars for over twenty years. He provided assistance like no other for anyone who came into his office. He worked well with everyone and had repeat customers among his family, friends and strangers. In December, 2018, he semi-retired but continued to keep his license to sell cars and began studying to obtain his insurance license. Even in retirement, he loved to keep busy. William’s greatest passion was for his children, grandchildren, and family. Although he was a devoted worker, he enjoyed spending quality time with family the most. He always made sure to attend as many of his family’s events as possible. From cookouts to recitals and sporting events, you could count on him to be there. William also had fun with the latest and greatest gadgets. It was a rare sight to see him without a new piece of technology. He had a love for cars, especially the Ford Mustang. He enjoyed spending time at car shows and auctions. In addition to his mother and father, his brothers, Dennis Evans Sr. and Oliver Evans Jr., as well as his nephew, Dennis Evans Jr., preceded William in death. He leaves to celebrate his life and legacy two children, Deshan Brummell (Matthew) and William D. Evans Jr. (Trish) of Harrisburg; three step daughters, Stacey Wolfe (Justin) of Harrisburg, Shawna Leeds (Dakoda) of York and Sheena Williams of Steelton, and twelve grandchildren, Taniesha Yeckley (Thomas), Alysha Evans, Devin Evans, Tyger Evans, Kody Evans, Eric Wolfe, Mayson Evans, Mara Wolfe, Casandra Johnson, Leiyah Evans, Kiarra Evans, and Micah Brummell, all of Harrisburg. He also leaves behind his sisters, Gail Oakley (Douglas) of Steelton, Deborah Cunningham (Mike) of Gettysburg, Connie Cox of Harrisburg, Barbara Evans of Steelton; sisters-in-law, Charlotte Evans and Paula Evans of Steelton; brothers, Charles Evans (Nancy) of Steelton, Reverend Wilson Mosley Jr. (Hattie) of Middletown, and Linn Mosley of Harrisburg; and a host of aunts, uncles, nieces, nephews, cousins and friends. Lovingly Submitted, The Family

The family of Mr. William Duane Evans Sr. created this Life Tributes page to make it easy to share your memories.