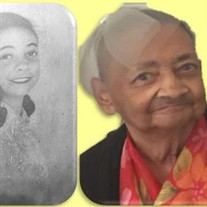 The family of Mother Rita Coleta Davis created this Life Tributes page to make it easy to share your memories.

&quot;So also is the resurrection of the dead. It is sown in corruption;...