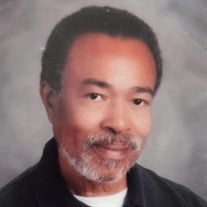 Phillip Benjamin Wong was born Tuesday, September 11, 1951, in Kitty, Guyana, son of the late Phillip McAllister Wong and the late Enid Durant. He spent the majority of his childhood and early adulthood in Georgetown, Guyana, where he completed both his primary and high school education. In 1972, Phillip migrated to the United States where he joined his mother and sister in Brooklyn, New York. Shortly after becoming a United States citizen, Phillip relocated in 1973 to Harrisburg, Pennsylvania, where he began working for the Bethlehem Steel Corporation until he took an early retirement around 2003. In 2008, Phillip came out of retirement and worked over a period of seven years with the Harrisburg School District, John Harris Campus, and Melrose Elementary School until his final retirement in 2015. To his family and friends, he was loving and giving to no end. To know Phill was to adore him, cherishing his friendship. He never met a stranger that he didn’t befriend along the way. Phill was a laidback, charismatic and an easy-going man enjoying the simple routine things in life from hanging with his buddies at Sheila’s Bar for a game of pinochle, laughs and fun; watching true-crime stories on the ID channel; playing his numbers daily in the lotto; proudly repping his football team—the 49ers; collecting shot cups from all over; and upon request, making pans of his famous mac-n-cheese for his family and friends without hesitation; and so much more. Phillip was called home by his Heavenly Father on Thursday, May 5, 2022, and received with open arms by his parents; sister, Sandra Ann DaSilva; and his brother, Michael Andrew Wong. He is survived by his brother, Kevin H. Wong; two sons, Nadus Myrie and Majeek Aidonia Wong, his bonus son, Anka D. Tyson; cousin, Roxanne Durant; loving nephews and nieces, Christopher Boyce, Kevin Small, Tiffany Small, Amber Wong, Kevin M. Wong, Andrew (Eska) Wong, Kelsey Wong; and a host of great-nieces and great-nephews. Phillip will be greatly missed, and his memory will be treasured by all who knew and loved him. In lieu of flowers, memorial donations may be made to: https://www.cancer.org/about-us/local/pennsylvania.html FAMILY AND FRIENDS ARE ENCOURAGED TO CLICK ON THE SHARE A MEMORY TAB TO POST VIDEOS, SHARE MEMORIES, CONDOLENCES, REFLECTIONS OR SIMPLY YOUR NAME. CLICK ON THE PHOTOS & VIDEOS ON-LINE STREAMING OF SERVICE TAB OR MEDIA TAB (MOBILE) AND TRIBUTE WEBCAST TO VIEW SERVICE.

Phillip Benjamin Wong was born Tuesday, September 11, 1951, in Kitty, Guyana, son of the late Phillip McAllister Wong and the late Enid Durant. He spent the majority of his childhood and early adulthood in Georgetown, Guyana, where he completed... View Obituary & Service Information

The family of Phillip B. Wong created this Life Tributes page to make it easy to share your memories.

Send flowers to the Wong family.