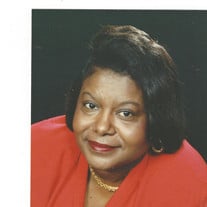 The family of Mrs. Mary Louise Hunt Williams created this Life Tributes page to make it easy to share your memories.

“For God so loved the world that he gave his only begotten son,...