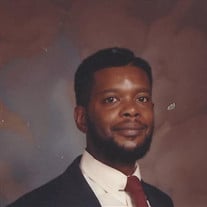 Marty Gillard Green was born on Monday, August 21, 1950, to his loving parents, the late Elder Ernest and Mother Bernice Green in Ridgeville, South Carolina. Marty was educated in the Harrisburg public school system and graduated from John Harris High School in 1968. He went on to attend Claflin University in Orangeburg, South Carolina, majoring in Social Sciences. He received his CDL License in the Commonwealth of Pennsylvania and drove tractor trailers for many years. His career, as well as his love of traveling, allowed him to see nearly every state in the country and meet people from all different walks of life. In 2008, he began working for the U. S. Department of Defense at the Defense Logistics Agency Distribution Center Susquehanna. Marty truly enjoyed his job and counted many of his co-workers as friends. Marty was very much a family man who enjoyed getting together and spending time with his loved ones. He especially loved his son, Derek, and his grandsons, Tae`von and Zaiden. He took several trips a year to visit with family in South Carolina and Philadelphia. Marty also loved to go fishing with his nephews and friends. He was a die-hard Philadelphia Eagles fan and cried as he witnessed them win the 2018 NFL Super Bowl in February. Marty loved the Lord and was very involved with his church which is pastored by his sister, Elder Brenda Green. As a member of Church of Life Worship Center, he served as Men’s Bible Study Teacher, Sunday School Teacher, Head of Security and Maintenance and Church Bible Study Teacher. Marty was an active member of the JHHS `68 Reunion Committee and was looking forward to his 50th Class Reunion in October, 2018. He also volunteered with and supported the Summit Terrace Community Association. On Sunday, August 19, 2018, at approximately two o’clock in the afternoon, Marty received his heavenly crown in Carlisle, Pennsylvania, at sixty-seven years of age. He was preceded in death by his parents, Ernest and Bernice Green, and his brother, Arthur M. Green. He leaves to celebrate his memory his son, Derek Devon Brown; his grandsons, Tae`von Malik and Zaiden Ty`Jerell Brown, all of Steelton, PA; spiritual parents, Pastor Florence and Elder Al Abdullah of Middletown, PA; spiritual brother, Apostle Kenton Rogers of Baltimore, MD; four brothers, David Green of Mount Wolf, PA, Ernie Green of Columbia, PA, James Reeves and John Edwards, both of Harrisburg, PA; seven sisters, Edharriet Baker of Orangeburg, SC, Rosalyn Green of Bowie, MD, Brenda Green of Harrisburg, Patricia Norman of Bowie, MD, Kathy Graves and Conchita Reeves, both of Harrisburg, and Juanita Doucoure of Mechanicsburg, PA; two sisters-in-law, Erlene Green of Columbia, and Tillery Reeves of Harrisburg; one brother-in-law, Maurice Graves of Harrisburg; thirty-four nieces and nephews,thirty-eight great-nieces and great-nephews; four uncles and four aunts. He also leaves to mourn a host of other relatives, neighbors and friends. Giving God all Glory, Honor and Praise! Lovingly Submitted by Marty’s family

The family of Mr. Marty Gillard Green created this Life Tributes page to make it easy to share your memories.

Send flowers to the Green family.