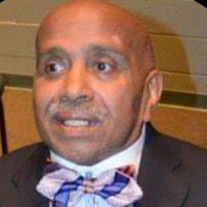 Fred was born Thursday, July 3, 1941, in Cinderella, West Virginia, to the late Clarence Thompson and the late Eula Patterson Thompson. In 1944, his family relocated to Washington, DC, where he received his formal education in the Washington, DC, School District. Fred served in the United States Army. Upon his honorable military discharge, he returned to the Harrisburg Area where he held numerous jobs in the culinary field. He was employed at some of the most prestigious restaurants in the Harrisburg/Hershey Area. He also worked in the trucking industry retiring from Roadway Trucking. Early in his life, Fred met a young lady named Helen Mae Elliott, and from that union they were blessed with six children. Fred continued his employment with the Commonwealth of Pennsylvania, Senate Chamber, where he retired after twenty-seven years. During his working years, he also fulfilled his passion of becoming a caterer. He owned and operated his catering business with his wife and children. Fred also loved the horses. He spent his leisure time entertaining, cooking for family and friends and with his horses. He spent time at several horse racing tracks in the Tri-State Area. And, via modern technology allowed him to step up his game, and he went global via the internet. He knew how to pick those horses. Fred was a generous man with a kind heart. He loved children and would gather the children from the neighborhood, take them to the park, cookout on his grill, and then take them for ice cream. When we were children, we would pile up in our station wagon and go for night drives with pillows and blankets maybe ending up in DC, Baltimore or New York. He took us exploring as a family, and we would go to different caves and zoos in the area. There was always a lesson to learn. Family time was awesome. On December 25, 1984, Fred united in holy matrimony with Cora Mae White-Thompson and from this union one child was born, Frank Ellis (Sarge) Thompson. Together, Fred and Cora shared eleven children. On Tuesday, October 16, 2018, at seventy-seven years of age, Fred transitioned into eternal life joining his parents; his two sons, Fred Eugene Thompson Jr. and Darien Thompson; numerous siblings, Sonya, Alfred, Clarence, Leona, Leon, Joseph, Thelma, Memphis, Harold and Elsie. Fred’s memory will be lovingly cherished in the hearts of his wife, Cora Mae Thompson; his children, Denise Yvonne Thompson, William Hampton Mills Jr., Wanda Nanette Taylor (Wendell), Fred Cise Thompson, Kimberly Ann Long, Rodney Eugene Mills, Nicolette Lorelle Thompson, Leslie Alexander Early, Maurice Lamont Thompson and Frank Ellis (Sarge) Thompson; his sister, Marian Alston; as well as twenty-three grandchildren, forty great-grandchildren, and a host of nieces, nephews and other relatives. Lovingly Submitted, The Family of Mr. Fred Eugene Thompson Sr.

Fred was born Thursday, July 3, 1941, in Cinderella, West Virginia, to the late Clarence Thompson and the late Eula Patterson Thompson. In 1944, his family relocated to Washington, DC, where he received his formal education in the Washington,... View Obituary & Service Information

The family of Mr. Fred Eugene Thompson Sr. created this Life Tributes page to make it easy to share your memories.