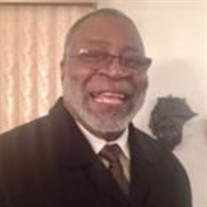 Dwight D. Edwards was born in Philadelphia, PA. He was the only child born of the union of the late William Edwards Jr. and the late Dorothy Willoughby on October 10, 1945. Although he is the only child of their union, Dwight was blessed with several siblings serving well in his role as big brother. In his youth he was raised by William Edwards Jr. and Isabel Edwards. He attended schools in the Philadelphia School District including Roberts Vaux Junior High School and Thomas Edison High School. Through his own admission, he got bored and distracted and dropped out of Edison short of graduation and joined the Army. From 1963 to 1966, Dwight honorably served in the United States Army and was a combat veteran of the Vietnam War. He enlisted in the Army on June 28, 1963, and was assigned to the 11th Air Assault Division while in the U.S. He completed one tour of duty in South Vietnam from August 1965 to May 1966 with the 1st Cavalry Division, Delta Company 1/12th Cavalry Airborne and was Honorably Discharged from the service in 1968 with the rank of E-4. Citations received included the Combat Infantry Badge, Parachutist Badge, Air Medal, National Defense Service Medal, Good Conduct Medal, Vietnam Gallantry Cross with Palm, Vietnam Campaign Medal with two stars, Vietnam Service Medal, Presidential Unit Citation, and the Air Assault Badge. Dwight was an athlete going back to his youth. He played football and ran track at Edison. After leaving the Army, he played semi-pro football and was a standout in the Philadelphia Rough Touch League. He was awarded the Most Outstanding Athlete in 1975. His playing career lasted until almost his 40’s, and he coached in the league after his playing days. His 1984 Phantoms team was the League Runners Up. He earned his GED in 1964, and after his military service received his High School Diploma in 1968. Dwight received a BA degree in elementary education from Temple University in 1972. Dwight attended Antioch University from 1975 through 1976 and received a Masters’ of Education in counseling, after which he attended Lancaster Theological Seminary (1995-2000), receiving a Master of Divinity Degree. In May of 1969, Dwight married Edwina L. Davis (deceased), and their union produced two sons, Michael and Stephen. Dwight’s broad work history includes: working as a Probation Officer in the Juvenile Division; Director of Safe Streets Inc.; Counselor at Philadelphia Community College; Counselor at Philadelphia Veterans Multi-Service Center; Readjustment Counseling Specialist and Team Leader/Director at the Olney Vet Center; Executive Director of Vietnam Veterans Health Initiative Commission of the PA Dept. of Health; School Counselor in the Harrisburg School District and Pastor in the AME Church--Bethel in Mercersburg, Bethel in Marietta, Bethany in Parkesburg and Bethel in Carlisle. Dwight married Gwen Butler in 1985 with stepchildren, Alexes and Forrest. In 1998, he married Carolyn Brewington whom he spent twenty years with. Her adult children are Shawn, Pam, Kevin and Kelly, and they cared for Carolyn’s niece, Shannel Marrow during her youth; Shannel’s children called Dwight “Uncle Granddad.” In his final days, he was blessed to have the love, care, and support of his fiancée Diane Clarke. She walked supportively and faithfully with him during some of his darkest hours. Dwight is survived by his mother, Isabel Edwards--she affectionately called Dwight her “Sonny Boy;” his Aunt Iola and Uncle Daniel; his sons, Michael and Stephen; daughters-In-law, Reaona Jones-Edwards and Tracy Hampton; his grandchildren, Jordan, Sydney, Taylor, Cameran and David; brother, William III; and sisters, Denise, Dorene, Daphne, Dawn and Merna. Wonderful memories will also be cherished by his nieces and nephews, Michelle, Michael, Nicole, Amber, Thomas, Tiffany, Theodore, Anthony, Avery, Malik, Elissa, William IV, Tarik; his companion in his latter days and eventual fiancée, Diane Clarke; as well as a whole host of cousins, friends and godchildren. FAMILY AND FRIENDS ARE ENCOURAGED TO CLICK ON THE SHARE A MEMORY TAB TO POST VIDEOS, SHARE MEMORIES, CONDOLENCES, REFLECTIONS OR SIMPLY YOUR NAME ALLOWING THE FAMILY TO KNOW YOU ARE THINKING OF THEM. ON-LINE STREAMING OF SERVICE. CLICK ON THE PHOTOS & VIDEOS TAB OR MEDIA TAB (MOBILE) AND TRIBUTE WEBCAST TO VIEW.

Dwight D. Edwards was born in Philadelphia, PA. He was the only child born of the union of the late William Edwards Jr. and the late Dorothy Willoughby on October 10, 1945. Although he is the only child of their union, Dwight was blessed with... View Obituary & Service Information

The family of Dwight D. Edwards created this Life Tributes page to make it easy to share your memories.

Dwight D. Edwards was born in Philadelphia, PA. He was the only...

Send flowers to the Edwards family.