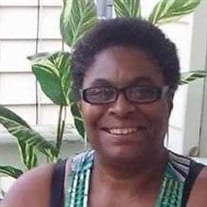 The family of Ms. Diane Towanna Holloway created this Life Tributes page to make it easy to share your memories.

Diane, affectionately known as “Lady Di” and “Moose,” was born...

Send flowers to the Holloway family.