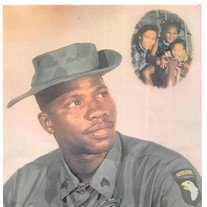 Carl “Sonny J” M. Johnson Sr. of Steelton, Pennsylvania, went to be with the Lord on October 8, 2020, at UPMC Pinnacle Community General Osteopathic Hospital in Harrisburg, Pennsylvania. Sonny was born on July 19, 1942, in Middletown, Pennsylvania. He attended the Hygienic School and Steelton High School. Sonny served in the United States Army for twelve years, and he retired from PPL Electric Utilities in 2008. Sonny was a Veteran of the Vietnam War where he earned several medals, including the Purple Heart, the Vietnam Service Medal, along with numerous other badges and medals. Sonny was also a phenomenal boxer while in the Army. He won the Alaskan Golden Glove, Kentucky Golden Glove, Armed Forces International Boxing Championship in South Korea, European Boxing Title in Germany, and he was the Armed Forces Middleweight Champion representing the US Army National Team. During his years at PPL, he worked as a Foreman. He was a Legionnaire for forty-five years of Post 420 in Steelton where he served as the Post Commander from 2018-2019. He was Past Exalted Ruler of Dauphin Lodge IBPOE of W. He was a Master Mason of the Paxton Lodge #16 PHA F&AM. He was also a member of Club 320 in Steelton. Sonny was preceded in death by his loving wife of fifty-three years, Chicha “Cho” Johnson; his parents, Merriman M. Johnson Sr. and Pauline E. Johnson; and his in-laws, Chong Ha and Byung Dok Cho. Sonny is survived by his daughter, Miam “Peachy” Johnson; his son, Carl “Bucky” Johnson Jr. and wife Rhonda; his grandchildren, Kodi Johnson, Kyi Benkowitsch and husband Tyler, Jay Simmons, Christopher Johnson and Kaycee Johnson; his great-grandchildren, Mya Benkowitsch, Zane Benkowitsch, Jeremiah Parker, Rhylee Fredrick-Simmons and Nala Fredrick-Simmons; his sister, Phyllis Toliver-Houston; his brothers, Calvin Johnson Sr. and wife Towanna, Wayne Johnson, Charles “Peewee” Johnson and wife Marion, Merriman “Junior” Johnson Jr. and wife Elnita, Roland Johnson and wife Diane and Ronald “Ronnie” Johnson; as well as other relatives and friends. Public viewing; private service. Due to COVID-19 mask wearing is required and maintaining a safe distance from others during your visit. In honor of Sonny and in lieu of flowers, donations may be made to Hospice of Central PA, 1320 Linglestown RD, Harrisburg, PA 17110. FAMILY AND FRIENDS ARE ENCOURAGED TO CLICK ON THE SHARE A MEMORY TAB TO POST VIDEOS, SHARE MEMORIES, CONDOLENCES, REFLECTIONS OR SIMPLY YOUR NAME ALLOWING THE FAMILY TO KNOW YOU ARE THINKING OF THEM. ON-LINE STREAMING OF SERVICE. CLICK ON THE PHOTOS & VIDEOS TAB OR MEDIA TAB (MOBILE) AND TRIBUTE WEBCAST TO VIEW.

The family of Carl "Sonny J" M. Johnson Sr. created this Life Tributes page to make it easy to share your memories.

Send flowers to the Johnson family.