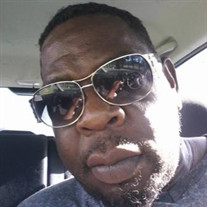 Pain is temporary. It may last a minute, or an hour, or a day, or a year. But eventually it will subside and something else will take its place. If I quit, however, it lasts forever. -Lance Armstrong- ~~~~~~~~~~~~~~~~~~~~~~~~~~~~~~~~~~ Rossie Lee Mills, son of the late Rossie Lee Weatherford and the late Shirley Mills Weatherford, was born Saturday, January 24, 1970, in Harrisburg, PA. Affectionately known as “Tiger,” he was raised in Edgemont and educated in the Susquehanna Township School District. He pursued a career as a laborer until he became disabled through loss of his hearing. Tiger found contentment and pleasure in scrapping, working on cars, landscaping, construction, fishing, riding dirt bikes, cooking, baseball, football, especially the Redskins, and spending time with his family and children. Always the life-of-the-party or family events, he enjoyed giving everyone a good laugh by roasting people. On Saturday, December 7, 2019, at forty-nine years of age, Tiger departed this life joining in eternal life his parents and his niece, Kayla Jackson. He leaves to remember his life and cherish many special memories his children, Alazia Mills of York, PA, TaQuoy Mills and Tyreese Mills, both of Harrisburg, PA; his siblings, Raymond Smith of Maryland, Sherry Clark, Laura Mills and Lena Mills-Mensah, all of Harrisburg; four stepchildren of Harrisburg; two nephews, one of Maryland, and one of Harrisburg; three nieces, two of Harrisburg, and one of Florida; one great-nephew of Harrisburg; as well as other family members and friends. Submitted In Sorrow and Love, The Family of Rossie Lee Mills

The family of Mr. Rossie Lee Mills created this Life Tributes page to make it easy to share your memories.

Send flowers to the Mills family.