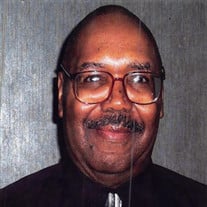 Phillip Henry Brown, age 76, beloved father, grandfather and friend, departed this earthly life on Wednesday, April 13, 2022, at Promedica/ManorCare nursing facility. Phil, as he was known to many, was preceded in death by his parents, Harry Neal and Rose Ann Brown. Phil was born on September 22, 1945 in Harrisburg, PA, where he was raised. He was educated in the Harrisburg School District and eventually entered the United States Army, proudly serving in the Vietnam War. He later became employed with the Bethlehem Steel Mill, retiring after more than 30 years, and then worked security at the Harrisburg Hilton Hotel before retiring after 8 years. Phil was a fan of the Pittsburgh Steelers, as well as an avid chess player, which he enjoyed playing and simultaneously teaching life strategy to his grandson. He enjoyed watching movies, documentaries and court TV, listening to soulful music and spending most of his days at his favorite diner, “Jimmy the Hot Dog King,” having supper, laughing and catching up with countless friends. Phil is survived by his loving daughter, Rhonda Michelle Brown, and grandson, Justin Michael David, both of Harrisburg, PA; his former spouse and lifelong companion, Darlene (Whitted) Brown of Louisville, KY; other relatives and friends. Celebrating his military service, Phil will be privately honored in the upcoming weeks at the Fort Indiantown Gap National Cemetery. He will be deeply missed by all who loved him and will forever be remembered as a great friend with a genuine heart. Lovingly Submitted, Rhonda FAMILY AND FRIENDS ARE ENCOURAGED TO CLICK ON THE SHARE A MEMORY TAB TO POST VIDEOS, SHARE MEMORIES, CONDOLENCES, REFLECTIONS OR SIMPLY YOUR NAME.

Phillip Henry Brown, age 76, beloved father, grandfather and friend, departed this earthly life on Wednesday, April 13, 2022, at Promedica/ManorCare nursing facility. Phil, as he was known to many, was preceded in death by his parents, Harry... View Obituary & Service Information

The family of Phillip Henry Brown created this Life Tributes page to make it easy to share your memories.