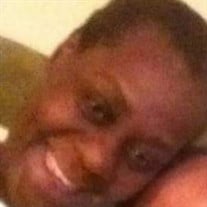 Patricia Jo Dickey, daughter of Margaret Anderson, was born Friday, October 31, 1958, in Middletown, PA. In Harrisburg, PA, on Wednesday, April 6, 2022, Patricia departed this life at sixty-three years of age. Along with her mother, she was... View Obituary & Service Information

The family of Patricia Jo Dickey created this Life Tributes page to make it easy to share your memories.

Send flowers to the Dickey family.