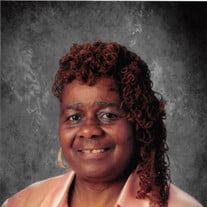 Norma E. Kenley Barber, daughter of the late Norman D. Kenley and the late Millie Baltimore Kenley, was born Wednesday, April 11, 1945, in Harrisburg, PA. Norma attended William Penn Senior High School. She enlisted in the United States Army and served her country faithfully during Desert Storm and the Panama Uprising. After twenty-one plus years of military service, she retired with full military honors. Upon her departure from the military, Norma remained committed to civic service through her involvement with many youth and young women programs, and Hymn Incorporated (Helping Young Minds Now). This program mentored and helped at-risk children, the YMCA, under-privileged youth programs and multiple other youth programs in and around the City of Harrisburg. Norma was also involved in volunteering to feed the homeless on Friday evenings at the Martin Luther King Baptist Church, and on Labor Day, an annual cookout was held for the neighbors in her neighborhood. She continued her ministry through the Christian Church United of the Tri-County Area, volunteer for the prison ministry for Dauphin County Prison and Chaplain for the Harrisburg Hospital. Norma was a two-time cancer survivor. She was also honored and thanked by Governor Tom Wolf and First Lady Frances Wolf during the Celebration of Women’s History Month honoring Pennsylvania’s female veterans. Norma was a member of Trinity Church of Harrisburg, under the leadership of Pastor Walter Dockens. She was a member and present Commander of American Legion, Post 1001, Harrisburg, PA. Leisurely, she enjoyed shopping, reading books, traveling, collecting dolls, collecting coins, and she loved jewelry and her dogs. On Monday, July 27, 2020, surrounded by family at her bedside at the Penn State Hershey Medical Center, Hershey, PA, Norma entered into eternal rest. She leaves to celebrate her life and honor her legacy two brothers, Marlin D. Kenley Sr. (sister-in-law, Carol L. Kenley) and Marvin L. Kenley Sr.; stepson, Ronolda; great-niece and great-nephew, Erica Ware and Rodney Ware whom she helped raise; her aunts, Arneata Roberts and Loretta Baltimore; and a host of other relatives and friends.

The family of Rev. Norma E. Kenley Barber created this Life Tributes page to make it easy to share your memories.

Send flowers to the Barber family.