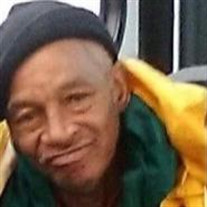 The Journey Doesn't End Here! Morris Bryon Brooks, known as “Chimp” by family and friends, was born Saturday, May 15, 1952, in Harrisburg, PA, son of the late Howard Joseph Brooks Sr. and the late Albertine “Tina” Young-Brooks. Educated in the Harrisburg School District, Morris retired from the Department of State and volunteered his services to the community during local and state elections. Morris loved deep-sea fishing, watching football, dancing, smiling, laughing and joking. Amongst all things, he had a devoted love of God, as well as spending time with family and friends which he cherished the most. To know Morris was to love him from a courageous smile to a personality out-of-this-world. He enjoyed being the life of the party when dancing with his daughters, grandchildren, family and friends at family gatherings. Also, he was the family comedian who impacted his family in many ways as he played the roles of father, grandfather, great-grandfather, uncle, cousin, brother and true friend. On Tuesday, March 9, 2021, God dispatched his angels to escort Morris Bryon Brooks into eternal life joining his son Bryon, his parents, four brothers, Howard Brooks Jr., Darrell Greenslade, Conrad Greenslade, Ronnie Brooks, and one sister, Eleanor B. Stevenson. Morris leaves to cherish many loving memories: two daughters, Mariciea Watson and Tina Watson of Harrisburg, PA; son, Darnell Henderson of North Carolina; one brother, Ralph Brooks of Middletown, PA; three sisters, Emma Brooks of Middletown, PA, Jeannie Brooks of Harrisburg, PA, and Debbie Greenslade of York, PA. Morris’s life and legacy will also be cherished and honored by his grandchildren, Latoya Carter, Brian Carter, Alfonso Carter Jr., Kerstyn Watson and Jimeisha Jivens; his great-grandchildren, Jy’meir Murphy, Jermiah Tasker, Ja’Onnie Watson-Tasker, Jai’yana Metz, J’ziah Baines and Tyler Doleman; as well as a host of nieces, nephews, great-nieces and nephews, great-great-nieces and nephews, cousins, other family members and friends. Morris will be deeply missed by his children, and a host of family members, friends and citizens of Harrisburg, PA, who were blessed to have shared a portion of his journey. Lovingly Submitted by Morris’s family FAMILY AND FRIENDS ARE ENCOURAGED TO CLICK ON THE SHARE A MEMORY TAB TO POST VIDEOS, SHARE MEMORIES, CONDOLENCES, REFLECTIONS OR SIMPLY YOUR NAME. CLICK ON THE PHOTOS & VIDEOS ON-LINE STREAMING OF SERVICE TAB OR MEDIA TAB (MOBILE) AND TRIBUTE WEBCAST TO VIEW SERVICE.

The family of Morris Bryon Brooks created this Life Tributes page to make it easy to share your memories.