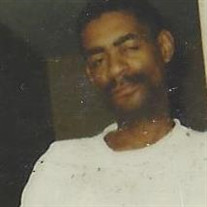 “For God so loved the world, that he gave his only begotten son, that whosoever believeth in him should not perish, but have everlasting life.” John 3:16 ~~~~~~~~~~~~~~~~~~~~~~~~~~ Michael was born Tuesday, November 5, 1957, in Clearfield, PA, son of Shirley Davenport and the late Russell Osborne. A graduate of Clearfield High School, he was employed by the Pennsylvania House of Representatives for over twenty-five years and rarely missed a day’s work. He was a loving father to his son; had a very kind, gentle spirit; and was willing to help anyone in need. He coached his son’s baseball team many years ago and spent countless hours talking and counseling the younger boys in the neighborhood. Michael was an avid Dallas Cowboys fan and loved having a good time spending time at DD’s Lounge after work with his friends. At sixty years of age while at his home in Harrisburg, PA, on Saturday, November 11, 2017, Michael departed this life joining in eternal life his father, Russell Osborne, and his grandmother, Francis Lyda Leggs. He leaves to share and reminisce over special and irreplaceable memories his mother, Shirley Leggs Davenport; son, Michael East; siblings, Jacqueline Leggs, Todd Davenport (April), Margaret Szollosky (Joseph), Wesley Davenport, Terry Osborne, Gale Henry (John); as well as other relatives, friends and co-workers who will deeply miss Michael. Lovingly Submitted, The Family

The family of Mr. Michael W. Osborne created this Life Tributes page to make it easy to share your memories.

“For God so loved the world, that he gave his only begotten son,...

Send flowers to the Osborne family.