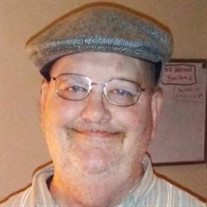 Michael Joseph Dorff, son of the late John J. Dorff Sr. and Mary Craig Dorff, was born December 14, 1960, in Philadelphia, PA. He was a beloved brother of eleven siblings and father of Tatiana. Michael attended Holy Cross Elementary School, Philadelphia, and pursued further education at Harrisburg Area Community College, Harrisburg, PA. A man of great and enduring faith, Michael was an active member of the Second City Church where he was part of the Worship Team and frequently shared his gifts which included playing the drums, singing and expressing his creativity through writing poetry. Michael loved music, theater and arts. He also lived and was part of the community at Paxton Ministries. In Harrisburg, on Sunday, December 6, 2020, at fifty-nine years of age, Michael entered eternal life. He is survived by his brothers, John J. Dorff, Daniel Dorff, Charles Dorff, Stephen Dorff, Joseph Dorff, David Dorff; his sisters, Johanna Anderson, Kathleen Herndon, Mar Hassell, Miriam Dorff, Raissa Dorff; his daughter, Tatiana Hope Dorff; other family members and friends. Michael will be remembered for his faith, love of the arts, openness, warmth, talents and his great sense-of-humor. Service will be held at a later date at the discretion of the family. FAMILY AND FRIENDS ARE ENCOURAGED TO CLICK ON THE SHARE A MEMORY TAB TO POST VIDEOS, SHARE MEMORIES, CONDOLENCES, REFLECTIONS OR SIMPLY YOUR NAME ALLOWING THE FAMILY TO KNOW YOU ARE THINKING OF THEM.

The family of Michael Joseph Dorff created this Life Tributes page to make it easy to share your memories.

Send flowers to the Dorff family.