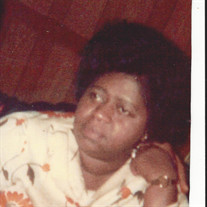 Mary Annette Matthews Green was born June 2, 1941, in Harrisburg, PA. Educated in the Harrisburg School District, Mary graduated from the former William Penn High School. Her work history included Harrisburg School District, Helms, AMP/Tyco. She was united in holy matrimony to Earnest Joseph Green who preceded her in death. Mary was formerly a member of St. Paul Missionary Baptist Church, Harrisburg, under the pastorate of the late Reverend Franklin L. Henley. She was affiliated with Chapter #1 of the Order of Eastern Star, Inc. Among her pastimes were fishing, traveling, cooking and reading. At her home in Harrisburg, PA, at seventy-six years of age on Wednesday, September 20, 2017, Mary transitioned from the labors of this life into her reward of eternal life joining her mother, Grace Matthews; husband, Earnest J. Green; and son, Lawrence Green. Loving and irreplaceable memories will be cherished by her children, Michael Tindell, Rosemary Denson and her husband Gerald, Angela Stern and her husband Tony, Anthony Green, Andrea Hidalgo and her husband Andrew J., all of Harrisburg; five grandchildren, eleven great-grandchildren, other relatives and friends.

The family of Mrs. Mary Annette Matthews Green created this Life Tributes page to make it easy to share your memories.