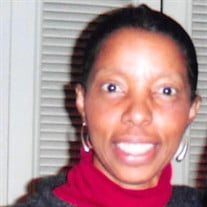 Linda Ann Faye Gwendolyn Hicks, the only daughter and youngest of four children of the late Lenora V. Hicks and John Ward Jr., was born Wednesday, January 10, 1951, in Trenton, New Jersey. Linda was raised in the Church of God in Trenton. Throughout her life, she was active in the life of her church and led multiple organizations within the church. Linda was educated in the Trenton Public School System and pursued higher education at Rutgers University where she earned her Bachelor’s Degree in Sociology and her Master’s Degree in Education from Trenton State College. Linda's extensive career with the Commonwealth of Pennsylvania spanned more than thirty-four years in numerous positions of increased responsibilities. Linda began her career with the Juvenile Court Judges Commission as a Special Assistant in the Welfare Program and Special Assistant to the Secretary. She became Chief of Staff in 1996 before advancing to the Acting Deputy Secretary for an interim period in 2000. Linda later became an Income Maintenance Program Specialist Supervisor. Once again, she took on the position of Acting Deputy Secretary for a period of two years. Linda culminated her industrious career in the Chief of Staff position. In 2012, Linda retired from the Commonwealth of Pennsylvania after serving under five gubernatorial administrations. During the period Linda resided in Pennsylvania, she dedicated her time in service to numerous community organizations. Through her talents and resources, she contributed to Church of God, American Association of University Women, National Organization of Black Law Enforcement Executives, PA Commission for Women, American Indian Movement, Boys Club of Harrisburg as well as numerous other organizations and causes. Linda met and married the love-of-her-life, Alfred Collier Jones. Linda and Alfred shared over thirty-three years of marriage. During this time, they travelled extensively throughout the United States. They especially enjoyed time with their families and hosting family Thanksgiving gatherings over the years. Their annual trip to Ocean City, Maryland, was a time for the siblings and their respective spouses to make wonderful memories. Spending time with the family was the highlight of the summer vacation period. Linda had a profound capacity to love people; there was always room for just one more. Her brothers, nieces, nephews, friends, in-laws, colleagues and others were all beneficiaries of her kindness, love, knowledge and prayers. It’s impossible to think of Linda and not think of LOVE. Linda embodied the true essence of LOVE. Although her physical presence has moved on to the spiritual realm, she left each of us with her special and personal touch that showed how unique and loved we were to her. While at her home in Harrisburg, PA, on Tuesday, May 25, 2021, Linda transitioned from time to eternity. She leaves to cherish and celebrate her legacy: husband, Alfred C. Jones; step-daughter, Aletta Jones-Sterling (Pierre); step-son, Alexander Deas; step-grandsons, Pierce and Royce Sterling; her brothers, Vincent Hicks Jr. (Maria), Lorenzo Hicks (Aglathia), Bernard Hicks (Guadalupe); brothers-in-law, Samuel Jones (Michelle) and James Jones; nieces and nephews, Tywonne McEachern, Vincent Hicks III, Veronica Hicks-Daly, Anne Marie Brigel, Latanya Ferguson, Damaris Hicks, Destiny Van Horn; other family members and friends. When you see blooming flowers, budding plants, rainbows in the sky, hear singing birds, buzzing bees, laughing children and share a smile, know that Linda is there with you. Her life is to be celebrated; shed tears only because you miss her, but celebrate a life so well-lived that the angels are singing her name and welcoming her home. IN LIEU OF FLOWERS, DONATIONS MAY BE MADE TO HARRISBURG FIRST ASSEMBLY OF GOD CHURCH, 4100 NORTH PROGRESS AVENUE, HARRISBURG, PA 17110. FAMILY AND FRIENDS ARE ENCOURAGED TO CLICK ON THE SHARE A MEMORY TAB TO POST VIDEOS, SHARE MEMORIES, CONDOLENCES, REFLECTIONS OR SIMPLY YOUR NAME.

Linda Ann Faye Gwendolyn Hicks, the only daughter and youngest of four children of the late Lenora V. Hicks and John Ward Jr., was born Wednesday, January 10, 1951, in Trenton, New Jersey. Linda was raised in the Church of God in Trenton.... View Obituary & Service Information

The family of Linda Ann Faye Gwendolyn Hicks created this Life Tributes page to make it easy to share your memories.

Linda Ann Faye Gwendolyn Hicks, the only daughter and youngest...

Send flowers to the Hicks family.