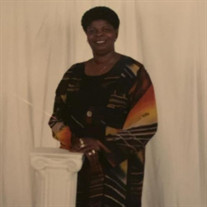 Lillie B. Griggs, daughter of the late Sam Griggs Sr. and the late DessieRee (Cook) Griggs, was born Tuesday, January 10, 1956, in Shaw, Mississippi. Educated in Mississippi, she attended Mississippi Valley State College and retired from the... View Obituary & Service Information

The family of Lillie B. Griggs created this Life Tributes page to make it easy to share your memories.

Lillie B. Griggs, daughter of the late Sam Griggs Sr. and the...

Send flowers to the Griggs family.