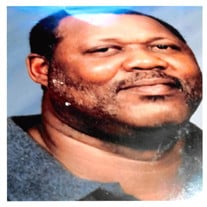 Jerome Wallace, son of the late Kennard Wallace and the late lrma (Jones) Wallace, was born August 16, 1954 in Harrisburg, PA. Jerome was employed by the Harrisburg News Company. He spent times of fun and contentment enjoying music, watching sports, especially the Philadelphia Eagles, cooking, playing spades and spending time with friends and family. On Sunday, July 11, 2021, while at the Penn State Milton S. Hershey Medical Center, Hershey, Pennsylvania, Jerome departed this life at sixty-six years of age. Along with his parents, he was preceded in death by a brother and a nephew. Jerome leaves to reminiscence over many special times his daughters, Francine Varner, Shana Brooks, both of Middletown, Pennsylvania, Gerri Hill of Highspire, Pennsylvania; sisters, Jackie Banks of Beaverton, Oregon, Barbara Wright of Houston, Texas; nine grandchildren and a host of other family members and friends who will truly miss him. PRIVATE SERVICE AT THE DISCRETION OF THE FAMILY. FAMILY AND FRIENDS ARE ENCOURAGED TO CLICK ON THE SHARE A MEMORY TAB TO POST VIDEOS, SHARE MEMORIES, CONDOLENCES, REFLECTIONS OR SIMPLY YOUR NAME.

The family of Jerome Wallace created this Life Tributes page to make it easy to share your memories.

Jerome Wallace, son of the late Kennard Wallace and the late...