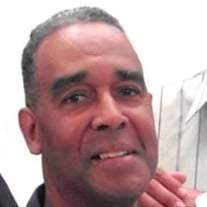 James Howard Taylor, son of the late John William Taylor and the late Lois (Penn) Taylor, was born Tuesday, August 10, 1948, in Harrisburg, Pennsylvania. Known as “JT” by his friends, James attended William Penn High School and served honorably in the United States Army during the Vietnam Era. He retired from the United States Government Printing Office, Washington, DC. James had a distinct memorial laugh, and he loved entertaining and barbering. He was a collector of music, especially R&B and jazz, and a sports enthusiast, passionate when it came to basketball, baseball and football. At seventy-two years of age, while at his home in Harrisburg, Pennsylvania, on Friday, June 18, 2021, James transitioned from time to eternity joining his parents, and his two brothers, John W. Taylor and Brian Taylor. Special memories will be reminisced by his wife, Jane DeLauder Taylor; son, James H. Taylor, both of Phoenix, Arizona; one brother, Alfred Taylor of Winston Salem, North Carolina; and an aunt, Alma Sherrard of Washington, DC. His legacy will also be honored by his four grandchildren, five great-grandchildren, one godchild and a host of nieces, nephews and cousins. INTERMENT WILL BE MONDAY, JUNE 28, 2021, INDIANTOWN GAP NATIONAL CEMETERY. FAMILY AND FRIENDS ARE ENCOURAGED TO CLICK ON THE SHARE A MEMORY TAB TO POST VIDEOS, SHARE MEMORIES, CONDOLENCES, REFLECTIONS OR SIMPLY YOUR NAME. CLICK ON THE PHOTOS & VIDEOS ON-LINE STREAMING OF SERVICE TAB OR MEDIA TAB (MOBILE) AND TRIBUTE WEBCAST TO VIEW SERVICE.

The family of James Howard Taylor created this Life Tributes page to make it easy to share your memories.

Send flowers to the Taylor family.