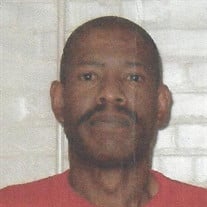 ‘Prayer’ Be glad for the comfort you’ve found in prayer. Be glad for God’s blessings, His love and His Care. The blessing of the Lord makes rich and He adds no sorrow with it. Today can be a day of gladness and not sadness. In Jesus Name, Amen! ~~~~~~~~~~~~~~~~~~~~~~~~~~ Darrell, sometimes called “Uncle Rell” or “Poole” by family and friends, was born Sunday, July 28, 1963, in Harrisburg, PA, son of the late James Arthur Poole and the late Jennie Ford Poole. Darrell was a graduate of the former John Harris High School, Harrisburg. Upon his graduation, he accepted employment with the Harrisburg School District as a custodian and remained with the District for twenty-nine years. He was a member of AFSCME, Local 2063, Labor Union. Darrell loved bowling and was the recipient of several trophies; he also loved dancing, riding his bike and cooking. He only purchased his bikes from Pedal Pusher and only allowed Pedal Pusher to do his bike repairs. His culinary skill was evidenced by his delicious golden brown crispy chicken and his buttery cornbread. While relaxing at home, Darrell loved watching movies sometimes until early morning hours. On Tuesday, February 20, 2018, while at the Penn State Hershey Medical Center, Hershey, PA, at the age of fifty-four, Darrell transitioned from time to eternity with his Lord and Savior. Not only was he preceded in death by his parents, but also his brother, Leonard Poole, and his sister, Valerie Poole-Zeiders. Treasured memories will be shared by his six sisters, Pearlie Stevens, Clara Poole, both of Harrisburg, PA, Diane Poole of Cleveland, OH, Annette Sawyers (Kerry) of Harrisburg, Mary Potts of Allentown, PA, and Lynette Poole of Harrisburg; two brothers, James F. Poole and Arthur Poole, both of Harrisburg. He also leaves to lovingly honor his memory a host of nieces, nephews, cousins and friends. Darrell was a loving brother, uncle, cousin and friend who will be sorely missed! Lovingly and Respectfully Submitted, Darrell’s Family

&#8216;Prayer&#8217; Be glad for the comfort you&#8217;ve found in prayer. Be glad for God&#8217;s blessings, His love and His Care. The blessing of the Lord makes rich and He adds no sorrow with it. Today can be a day of gladness and not... View Obituary & Service Information

The family of Mr. Darrell Poole created this Life Tributes page to make it easy to share your memories.

‘Prayer’
Be glad for the comfort you’ve found in prayer.
Be...

Send flowers to the Poole family.