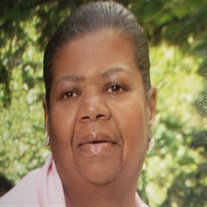 Connie L. Beattie, daughter of the late Leonard Vernon Beattie Sr. and the late Anna Mary (Harris) Beattie, was born Thursday, July 14, 1949, the fifth of eight children. Connie graduated from William Penn Senior High School, York, PA, and continued her education at Penn State York Campus, Yorktowne Business Institute and Lancaster Bible College. She was employed by PennDOT, Harrisburg, PA, until early retirement, thereafter, devoting her time to her Spiritual Ministry. Connie had a love for her community and people. She and her sister Barbara started the Outreach Ministry within her neighborhood. Her Spiritual Ministry was a blessing to so many within the community. At seventy-one years of age while at the York Hospital, Connie entered into God’s eternity on Sunday, June 27, 2021. Along with her parents, she was preceded in death by one sister, Barbara Beattie; and two brothers, Leonard Beattie Jr. and Thomas Beattie. Connie is survived by her sister, Gloria A. Beattie of York; three brothers, Benson Beattie, Gary Beattie, both of York, and Bernard Beattie of Pittsburgh, PA; Goddaughters, Ashleigh Beattie, Patrice Hicks, Crystal Denice; Godson, Thomas Beattie II; other family members and friends. FAMILY AND FRIENDS ARE ENCOURAGED TO CLICK ON THE SHARE A MEMORY TAB TO POST VIDEOS, SHARE MEMORIES, CONDOLENCES, REFLECTIONS OR SIMPLY YOUR NAME.

The family of Connie L. Beattie created this Life Tributes page to make it easy to share your memories.

Send flowers to the Beattie family.